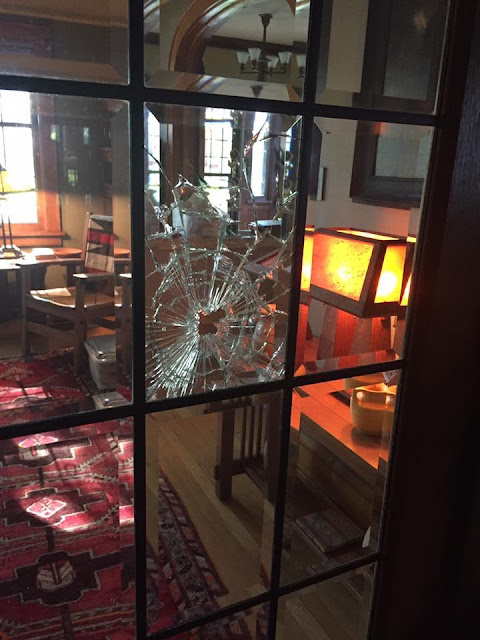 My next door neighbor Bryan waved me over to his yard and asked, “Have you seen my Facebook post?” I hadn’t, so he showed me the window in his living room. In the center of that lovely, 90-year-old leaded glass was a bullet hole.

The previous night around 7 p.m., that bullet shot through the living room window and then through the glass-paned door that lead into his dining room. It was likely a stray bullet from several blocks away. As you’d expect, Bryan was upset and frustrated; he had been at dinner at a neighbor’s house when it happened and thankfully, there were no injuries.
As I walked home, the news sunk in and my focus became more singular: where was I at 7 p.m. last night?
I was at the table in my dining room, eating dinner with my family. Right next door.
I want to be able to think well about the complexity and paradox of living in Sherman Park, because when a bullet shoots through a body or through your home, it’s not the time for saying something trite or simplistic. It is a profound moment, when all goes quiet and I feel compelled to process our reasons for living where and how we do. So, what is a fair, mature and wise response to a moment like this? 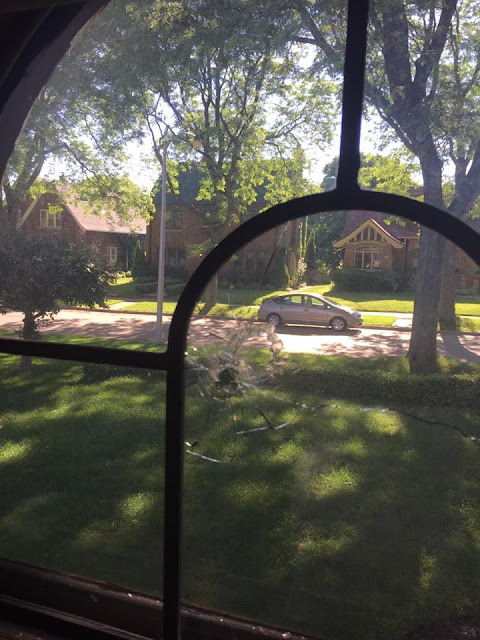 This post was originally published on Blue on Center.