Skip to content
September 16, 2015Urban Wilderness
Shrieking in my ear, the alarm wrenched me from sleep. 3:00 a.m. I often wake up to see the sunrise but this was unprecedented. The big surprise, though, when I made it to North Point Park at 3:30 was the cheerfully chattering crowd already assembled.

After a brief orientation, 30 of us set off in the sultry night air to begin a 6-mile hike along Milwaukee’s lakefront. I was on my first Brew City Safari, an enterprise founded by Christian Matson-Alvirez. As we walked I asked him about his motivation and purpose.

“I love Milwaukee,” he began, explaining that he enjoys exploring the city and sharing his inclination with like-minded people. Then he waxed eloquent about peace and tranquility. “It’s serene,” he says, “and you don’t have to leave the city to have this experience.”

His elegantly simple words and the passion in his eyes resonated profoundly. I felt as though he were reading my own thoughts.

We walked along the Oak Leaf Trail, through a tunnel of darkness lit only by a flashlight and a communal idea: Milwaukee is marvelous; let’s go for a hike and enjoy it!

Here was fresh evidence of an under-appreciated truth I’ve long felt needs wider telling. For all its challenges—some real, some a matter of perception—Milwaukee is a beautiful city with natural assets comparable to any and human assets that stand above most. In many ways Milwaukee is a farsighted ecological city and a model of sustainable urban living. Why don’t we believe this of ourselves and make more of it?

Amid unrelenting reports of global climate change and environmental destruction it would be more than a good public relations strategy to elevate Milwaukee’s status as a progressive, environmentally conscious city. I believe Milwaukee can serve as a beacon of hope.

From the moment it was founded on the shore of Lake Michigan, geography and the environment have played a huge role in Milwaukee’s history. “Milwaukee is here because of its harbor and its three major rivers that run like arteries to the north, south and west,” says Cheryl Nenn, who serves as Milwaukee’s official Riverkeeper.

At first the rivers were for commerce and industry. However, their value as an amenity that improves the quality of life for its citizens was recognized far earlier than in most cities. In the early 20th century, visionary leaders like Charles Whitnall endowed Milwaukee with a park system that to this day is described in superlatives. Among its many qualities the most ingenious was an emphasis on preserving parkland along the rivers.

Consequently, Milwaukee’s many river parkways form an “emerald necklace,” a term credited to the preeminent landscape architect, Frederick Law Olmsted. While Olmsted himself designed three of Milwaukee’s parks—Lake, Riverside and Washington—his principle of linear and linked parks and parkways is his most important legacy. The concept of interconnected natural landscapes later became fundamental to contemporary ecology and conservation.

The irreplaceable natural features of what is now known as an Earth-friendly, “green” or Eco-city have been in place here in Milwaukee for over a century. Today, however, acreage of open green space is not enough for a city to be so designated.

I recently visited Portland, Ore., which figures prominently in most lists of Earth-friendly cities. I came away with three primary impressions. First, the allure is real and the commitment to better the environment is evident; most visible in their mass transit system and dedicated, well-used bicycle lanes. Milwaukee is comparable in size but public transit is probably our highest hurdle when it comes to sustainability.

Second, Portland has its share of problems. I saw people who appeared to be homeless hunkered down in several inner city pocket parks. I was cautioned against going into certain sections of the city, especially at night. Portland’s poverty rate is somewhat lower, but Milwaukee’s median income is higher.

Most importantly, my visit to Portland convinced me anew that Milwaukee has the potential to compete in this arena. Our most intractable challenges are social. Poverty and racial segregation can never be dismissed. But mostly what Portland has over Milwaukee is a belief in itself as an Earth-friendly city. That belief—which attracts visitors like me and also helps attract and retain a like-minded population—is neither insignificant nor easy to replicate.

But we could be in their shoes. Grassroots groups like Brew City Safari, along with far more established programs, prove that we are doing the right things. Although often still considered a rust-belt city, Milwaukee has made great strides.

There are many progressive initiatives and good-news stories that suggest Milwaukee is more Earth-friendly than rust-belt. Here are five of those stories, some of which have attracted national attention.

Revitalization of the Menomonee Valley

Thirty years ago, the Menomonee Valley epitomized degraded rust-belt deindustrialization. Today, thanks to the collaborative efforts of government and private-sector leadership, the valley is a nationally recognized model of integrated economic and environmental revitalization. Guided by sustainable policies and practices, new industries are moving back in amongst beautifully restored parkland and some of the most popular entertainment venues in Wisconsin.

Milwaukee also is poised to replicate its successful strategies in two other blighted areas: the Harbor District and the 30th Street Corridor.

When the Urban Ecology Center, an innovative grassroots model of urban environmental education, opened there in 1991, Riverside Park was shunned by neighbors. Its Olmsted-designed features were all but obliterated by decay.

Since that time the Urban Ecology Center has opened three branches, collectively serving more than 92,000 visitors with year-round programming. Naturalists and environmental educators who want to emulate its example travel to Milwaukee from around the country.

Riverside Park not only has been transformed into a lovely and safe outdoor learning laboratory, but has expanded. The 40-acre Rotary Centennial Arboretum opened in 2013 on reclaimed post-industrial land.

Community gardening is not new, but today’s “foodie,” organic and locavore movements have made urban agriculture trendy. Milwaukee’s Victory Garden Initiative is an updated version of a World War I wartime necessity, while Alice’s Garden, with its emphasis on youth empowerment, cultural development and sustainable practices, takes the traditional community garden to a higher level.

Milwaukee has actually been ahead of the curve on urban agriculture since 1993 when Will Allen established Growing Power. In addition to producing high-quality, fresh and affordable food for inner city neighborhoods, Growing Power has become a national leader in urban agriculture through its educational and technical assistance programs.

Allen was honored with a MacArthur Foundation “Genius Award” in 2008. “I’ve been in almost every city in America and lots of cities outside the country,” he told me. “I feel that Milwaukee is the urban agricultural capitol not only of the country but of the world, because of all of the good things that are going on and all the organizations that participate in urban agriculture and sustainable living.”

Milwaukee’s rivers continue to be defining features. After a century and a half of abuse—when they were dammed, lined with concrete and reduced to open sewers—the last forty years have seen a complete reversal. Water quality has markedly improved thanks to grassroots efforts of watchdog groups like Milwaukee Riverkeeper and mammoth infrastructure projects managed by the Milwaukee Metropolitan Sewerage District (MMSD).

A widespread appreciation for the natural qualities of rivers has replaced the conventional utilitarian mindset. This shift is best symbolized by Milwaukee’s Downtown Riverwalk, which literally reorients businesses and visitors toward the water.

The removal of the North Avenue dam in 1997 created an opportunity to develop the Milwaukee River Greenway and Overlay District. The Greenway unifies a diverse mix of public parks and private natural areas and has become an exemplary place to experience urban nature. The hard-fought Overlay District protects eight miles of river, more than 840 acres of riparian habitat, and the “viewshed” that enables visitors to have a virtual wilderness experience within minutes of Downtown.

Nothing kills a river as thoroughly as confining it in a concrete channel. In the 1990s, the MMSD systematically began removing ill-conceived and outdated flood management channels to restore waterways to more natural conditions. Major portions of Lincoln Creek, a tributary of the Milwaukee River, and the Menomonee River already have been rehabilitated. A multi-year project of the MMSD that began in 2012 is tackling the Kinnickinnic River channel. What has been a dangerous drainage ditch will be restored with a naturalized streambed, meandering watercourse and native vegetation.

The MMSD, in partnership with the Conservation Fund, also has quietly purchased over 3,000 acres of open land in the three watersheds. This “Greenseams” program is intended to prevent future flooding. Significantly, it also preserves land for wildlife and recreation.

The Water Council, formed in 2007 by business leaders, educators and scientists, touts a formidable record of achievements and resources intended to put Milwaukee on the world map. In 2013 the Global Water Center opened as an incubator for emerging water-related businesses. Milwaukee is one of only 13 cities in the world that have been designated by the UN as a Global Compact City for the quality of its efforts.

A more grassroots, community-oriented effort also has begun to promote Milwaukee as a “Water City.” The Milwaukee Water Commons holds town hall meetings, partners with diverse community organizations to promote sustainability, and hosts celebrations highlighting the importance of water as essential to all life.

The sun rose over Lake Michigan when our stalwart band of hikers reached Milwaukee’s popular beaches. I turned to see the city bathed in the warm glow of dawning light, reflecting on how this one small action fits into the larger picture.

Kevin Shafer, the executive director of MMSD who has overseen major regional infrastructure projects, put it into this perspective:  “It’s not just the government—it’s everyone. It gets down to that individual person being more aware of what’s going on, what they can do to foster this effort, for all of us to become more sustainable.”

Much is happening on both levels, from infrastructure improvements and land reclamation to simple hikes along the lakefront. We walk because we love Milwaukee and it is beautiful. Milwaukee can be the good-news story of urban development and sustainability. What we need now is to believe it. 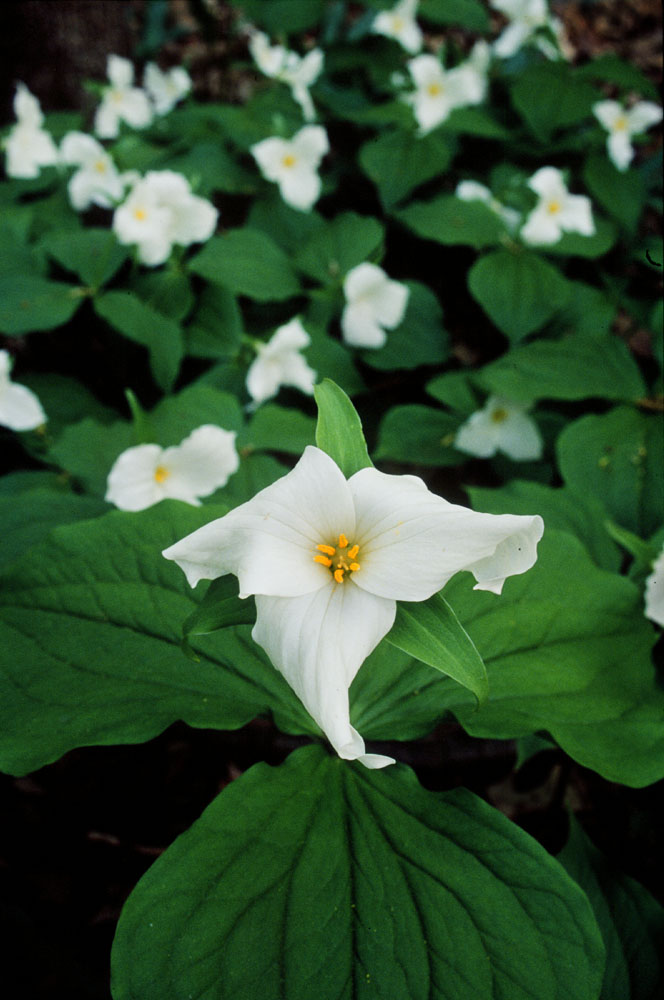